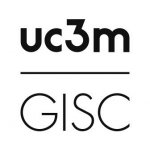 The Interdisciplinary Group on Complex Systems (GISC), has been operating since January 1996 as a connecting hub for people who collaborate in research on complex systems from different institutions and perspectives. Its main objective is to facilitate and promote this collaboration as well as the exchange of information within a large group of researchers. The name of the group is not a limitation of the group's research interests, but rather, on the contrary, a denomination for a broad class of problems. In practice, GISC acts as a stable operative structure that channels this scientific activity, through joint research projects, organization of events, sharing of resources, etcetera. Within this group, the activity on Socio-technological Complex Systems is the main focus of the researchers involved in the UMICCS. LINEEX is the Laboratory for Research in Behavioural Experimental Economics, a research facility of ERI-CES (the Center for Research in Social and Economic Behavior, at the University of Valencia). Along 2017, LINEEX developed more than 190 experimental sessions with more than 8.500 experimental subjects. Its technology, accurate protocols and recruitment strategies allow to recruit requested profiles all over the world and capture data from a clean sample within weeks. The Complex Systems and Networks Lab (COSNET) was founded in 2003 by Professor Yamir Moreno and has an extensive scientific background in Statistical Physics and in the Physics of Complex Systems. During the last decade, the group has consolidated as a leading team in the study of several topics related to the structure and dynamics of Complex Networks, Epidemiology, Systems Biology, Multiplex Networks, synchronization phenomena, technological and social networks, specially, in the emergence and evolution of online social movements, Evolutionary Game Theory, as well as in the analysis of human collective behavior and in the development of large-scale experiments to study cooperation in humans. The aim of the Laboratory of Experimental Economics “NECTUNT LAB” at BIFI is the study of cooperative phenomena in humans and the applications of Evolutionary Game Theory in different fields of science. Methodologically, we make use of this theory and computer simulations to build more realistic models based on our findings in controlled experiments, both onsite and online. See  http://nectunt.bifi.es/