Public projects we can talk about

The DOLFINS project addresses the global challenge of making the financial system better serve society. It does so by placing scientific evidence and citizens’ participation at the centre of the policy process in finance. The project strives to give scientific evidence and citizens’ participation central roles in the policy process concerning finance. DOLFINS will focus on two crucial and interconnected policy areas that will shape the public debate in the coming 5 years: How to achieve financial stability and how to facilitate the long-term investments required by the transition to a more sustainable, more innovative, less unequal and greener EU economy. The expected impact is to achieve crucial advances in reshaping the policy process to overcome the financial and political crisis faced by the EU. We will deliver quantitative tools to evaluate policies aiming to tame systemic risk and to foster sustainable investment. The tools will be based on fundamental research combining network models and algorithmic game theory with broader economic insights. This approach can provide a more satisfactory understanding of credit, risk and sustainable investments in an interconnected world. We will investigate how to engage citizens in the early stage of the policy making process and will develop evidence-based narratives in order to better shape policies in the public interest. To this end, our project will take advantage of semantic web technologies, big data and ICT in general. Given the highly technical nature of key issues in finance, we will explore how ICT and art can facilitate citizens’ engagement through innovative narratives, leading to better coordinated actions of stakeholders.

Bridging the gap: from Individual Behaviour to the Socio-tEchnical MaN. 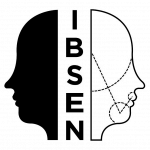 Developing models of real-world societal scenarios and systems is a key topic in the research agenda of social sciences, but is hindered by the lack of controlled experimentation with large groups of people. IBSEN will provide a breakthrough by building a repertoire of human behaviour in large (1000+ persons) structured groups using controlled experiments. To that end, we will develop a novel setup for large groups of people that will provide an experimental protocol, the necessary software and analytical tools to allow us to deal with thousands of people at the same time. We will apply our setup to specific research questions, focusing on novel phenomenology that may arise in large systems as compared to typical smaller ones, to find the rules that govern human behaviour in those cases, including the influence of social context and individual identity on them. We will assess our approach by building a model of human interaction in groups based on the behavioural rules we have found. The project requires a high-degree of interdisciplinarity; accordingly, the team consists of physicists, economists, social psychologists, and computer scientists. On the other hand, this is a high-risk project, as the experimental design may prove unfeasible for really large systems and extracting meaningful data from the participants’ actions may not be possible. Notwithstanding, encouraging results in some pilot studies run by partners underpin the scientific feasibility of the concept and approach. If successful, researchers will be able to build on our findings to develop a human behaviour simulator, a technology providing a basis for socio-economic simulations that would radically change many fields, from robotics to economics, with technological and societal impacts, including policy-making in socially pressing issues. We will thus lay the foundations to kick start a new way of doing social science for the problems arising in a technologically highly connected society.